Every year during the month of December, Buddy highlights the Twelve Days of Fearlessness. Whether it is getting up the nerve to lace up your old ice skates with your five-year-old or conquering a halfpipe like your teenage days, fearlessness is not just situational for all- for some, it is a way of life. 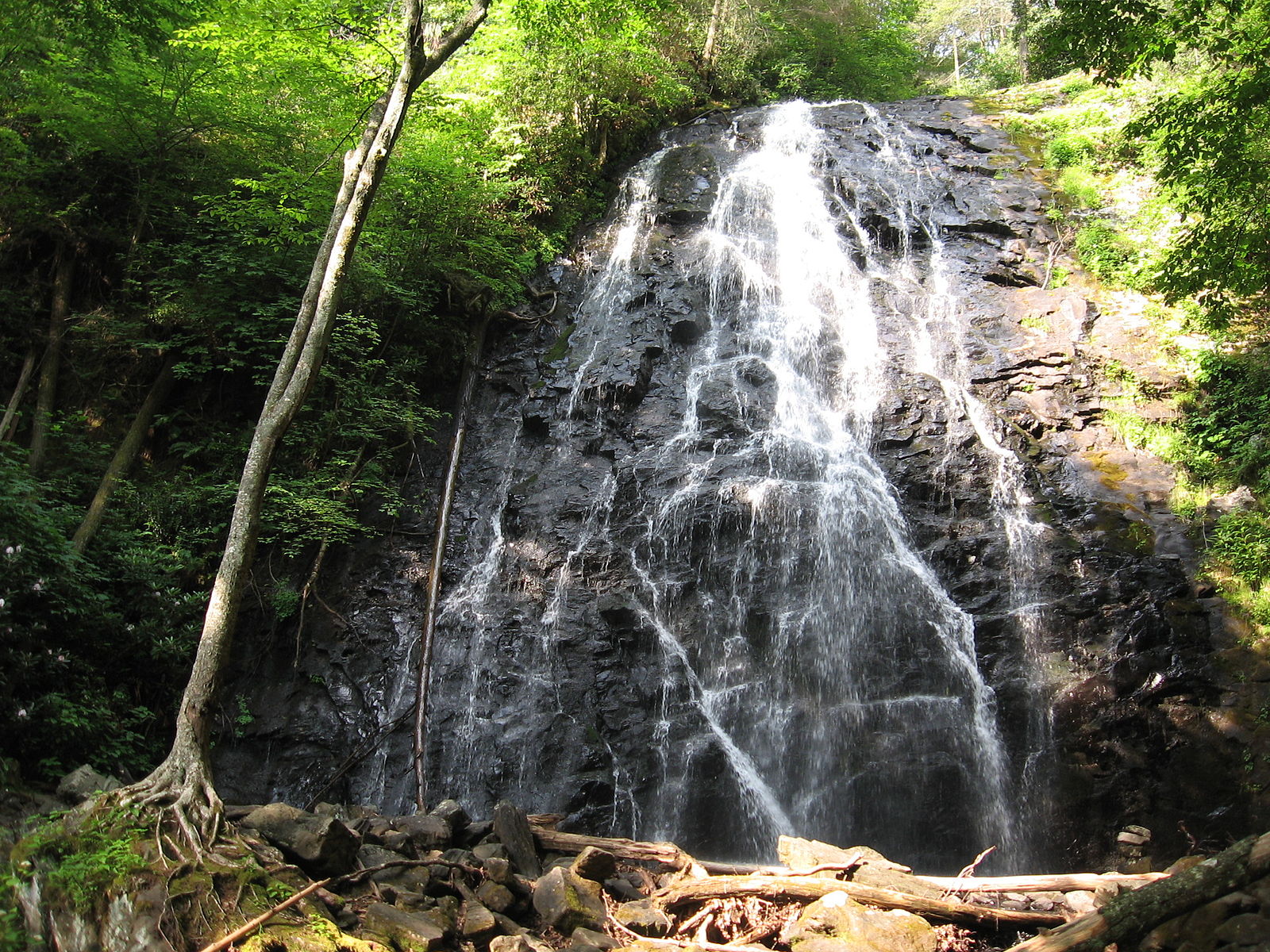 Determination comes in all shapes and sizes. Just ask my two-year-old. He’s a little guy. Not just because he’s two; he’s little for a two-year-old. So far, throughout his yet-to-be-long life, he hasn’t cracked the 25th percentile in height and weight for his age.

But did that stop him from completing a 1.25-mile hike uphill? A hike that many adults find difficult (“moderate to strenuous”). No, no, it didn’t.

Crabtree Falls is a beautiful waterfall that cascades 400 feet down a rock face in Virginia’s Blue Ridge Mountains, within the George Washington National Forest. A trail made of switchbacks, rock scrambles, and ladder-like stairs, winds its way from base to the top along its side.

On a sunny August day, my two-year-old set out from the trailhead (with his father, mother, and five-year-old sister). First came a relatively flat and paved stretch of trail, which he and his sister ran down, excited to be out of the car.

Then reality set in. “Daddy, I carry you,” he said in his mixed-up English, which translates to “Please, carry me, Dad.” We had reached a section of trail that sloped upwards. Rocks and roots added to the challenge.

“Not yet,” I replied. He was a bit confused for a moment but, with his sister serving as an example, he started to climb. I stood behind him, guiding him to the easier parts of the trail. The ascent had begun.

Other hikers passed us, each commenting on the little guy making his own way up a mountain. We heard various versions of impressed encouragement (or veiled judgment of our parenting, whatever) like “Wow, go get it.” and “He’s doing it himself!”

Many of those same passersby saw us again as they descended the trail later. We were creeping. That was fine. We were going at the determined pace of our son. Slowly, slowly, the little 2-year-old-that-could and his patient parents and sister were making their way.

Multiple times he turned to me and held out his hands asking for me to carry him. Multiple times I bent down to give him a hug or some water and then encouraged him to keep going. His sister grew tired, too. At one point, we stopped at a switchback and, over nutrition bars and water, we talked about the words “perseverance” and “determination.” Determination means going on even when it’s tough. Even when it’s a little scary. Even when you have the option not to.

Eventually, I carried him, of course. Multiple times. There were sections unsafe for him to climb on his own, like those ladder-stairs. But, out of the entire 1.25-mile ascent, I don’t think I carried him more than 0.2 miles. He made it. We made it, as a team, as a family.

I was impressed. At the outset of it, I had figured that I would pick him up and carry him after a meltdown at some point. But by making space and time for him, our little guy had shown us all how to dig deep. We all took in the view of forested ridges, deep glens, and the rushing falls from the top.

Then I carried the little determined guy all the way down. He earned it.

Hunter Pechin originally wrote this post for Buddy's blog. Hunter is a Fractional Marketer and Strategist based in Richmond, VA.

An Ode to Richmond's Trails

Looking for awesome trails around Richmond? Read about some of Hunter's favorites.

It has been a long year, full of difficulty. Wherever the journey has taken you, please find a quiet moment and take a few deep breaths. Remember that we are in this together.

For months, I was unable to ride a particular stretch of country road on my bike without getting teary.