Accidents Happen... So Do Avalanches 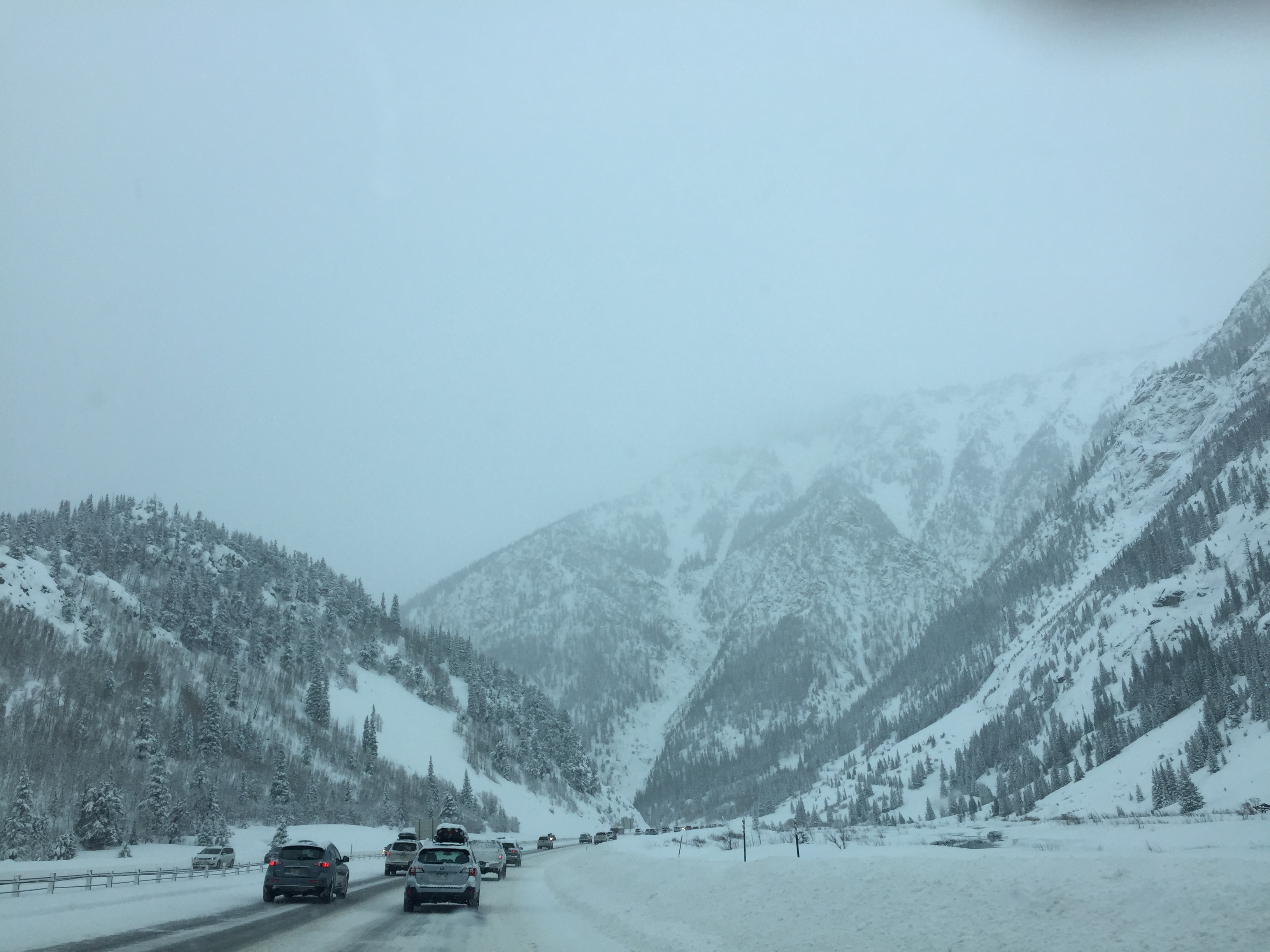 The story starts in Colorado. Team Buddy was in Denver and the surrounding areas to officially launch in the Centennial State, meet with some of our partners, and of course–go on some of our own adventures to truly enjoy all this great state has to offer. It was halfway through our trip and we had already covered a lot of ground and were ready for our next endeavor in the mountains. With the forecast calling for more than a foot of fresh powder overnight, we made the easy decision to take a powder day and head to Copper Mountain.

I could dedicate an entire piece to how great the conditions were. Coming from the East (Ice) Coast, I know my standards for a great day on the mountain are rather low compared to our west coast counterparts–but even some Coloradans said this was one of the best powder days they had seen in years, or ever for that matter.

This story isn’t about an epic powder day, although the ridiculous amount of snow that had fallen definitely played a role. This is about the trip home, and the humbling reality that accidents can happen at anytime–even when you think the adventure is over.

Brittany, our operations specialist, and I had just hopped in the truck and started out of the parking lot. As with any great powder day in Colorado, the roads were being flooded with surrounding mountains closing. We knew we weren’t going anywhere fast, and we couldn’t have been any more content with that. We were both in an “Anything could happen and it’d be OK” kind of mood. Not to mention we were only staying about 7 miles away in Frisco with some friends of the team (S.O. to the Bates for putting us up!) so we didn’t have far to go. Working our way towards I-70 was a slow process, but we had finally made it and traffic was moving along decently considering the roads were still fairly dicey.

As we were passing through Ten Mile Canyon, we were contemplating if anyone had recently skinned up the mountain to try some of the snow-covered chutes coming down the side. About that time, and at a loss of words for what she was witnessing, Brittany asked: “what’s that?” As I turned to see what she was talking about, in awe of what I saw...I’m pretty sure I simply responded with “That’s an avalanche.” The traffic was heavy, the roads were bad, and there was a hell of a lot of snow coming our way in a hurry–there was nothing we could do to get out of its way. I started slowing down and remember waiting for some kind of impact. What came was definitely not what I expected. No loud super noises or heavy impacts ever came. Everything just went grey. You could tell there was a lot of snow washing over the windshield and I could tell the truck was sliding a little bit, but nothing was going seriously wrong. If you’ve seen the dash video going around, it was taken by the truck just to the left and in front of us–it’s pretty much exactly how I saw everything going down. 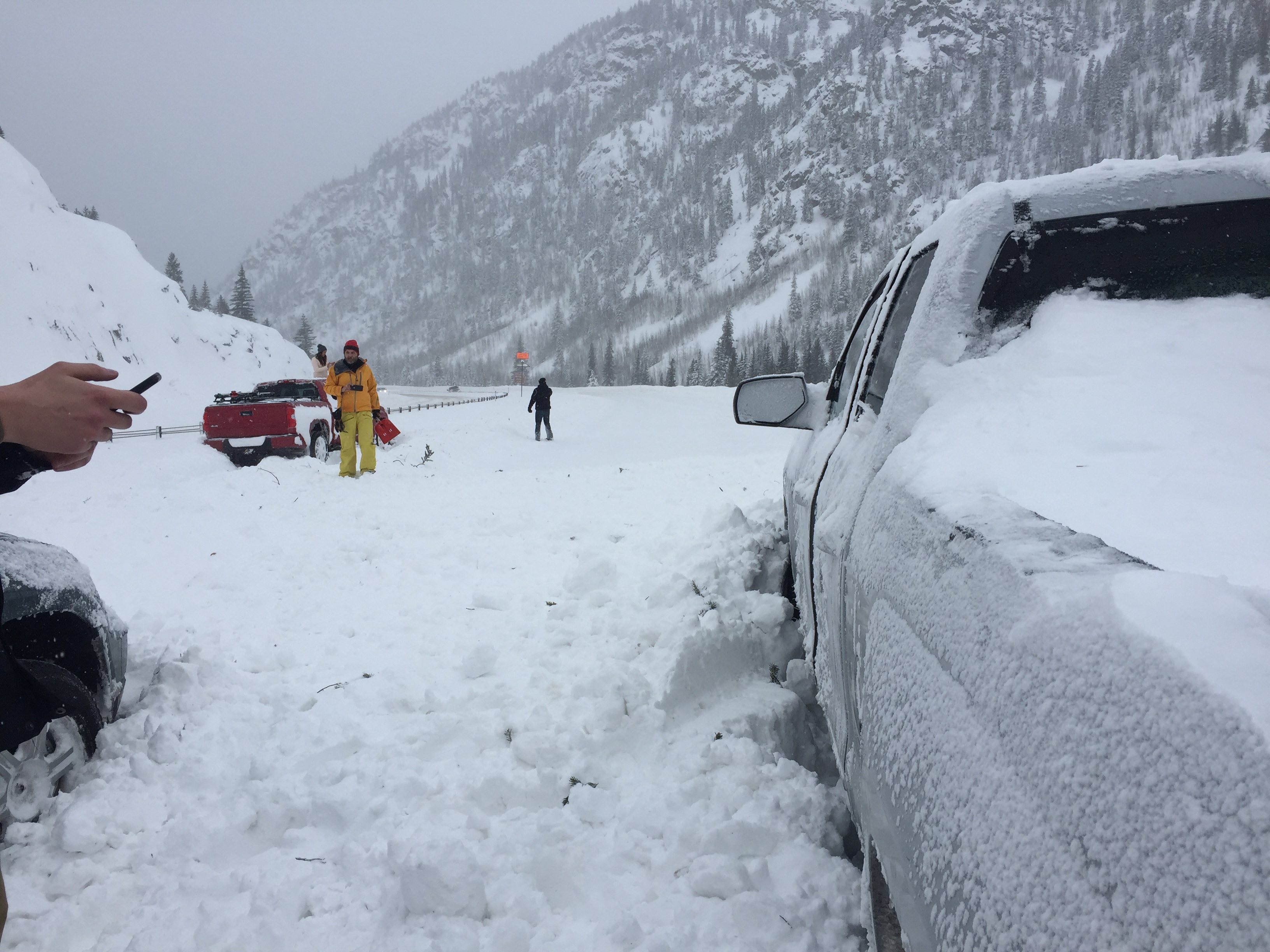 Then everything was still. It was almost eerie how silent it was. After a quick status check to make sure we were both ok, I flipped the windshield wipers on to see how packed the snow was. As the windshield came clean, we both had a sigh of relief knowing that we weren’t buried too deep and that we had just been extremely lucky. I popped the truck in drive and then reverse to see if we could move, but we were stuck.

Getting out of the truck, we once again realized how fortunate we had been. The snow was almost to the top of the tires and had tree limbs and debris mixed in–it was a pretty gnarly slide, to say the least.

One piece of equipment I’ve learned can be invaluable to carry when traveling through Colorado is an avalanche shovel. Having rented gear on the mountain, I didn’t even have a snowboard I could use to dig us out. Fortunately, Colorado showed up for us and we instantly had a crew of about 30 folks with shovels in hand and ready to help us dig. 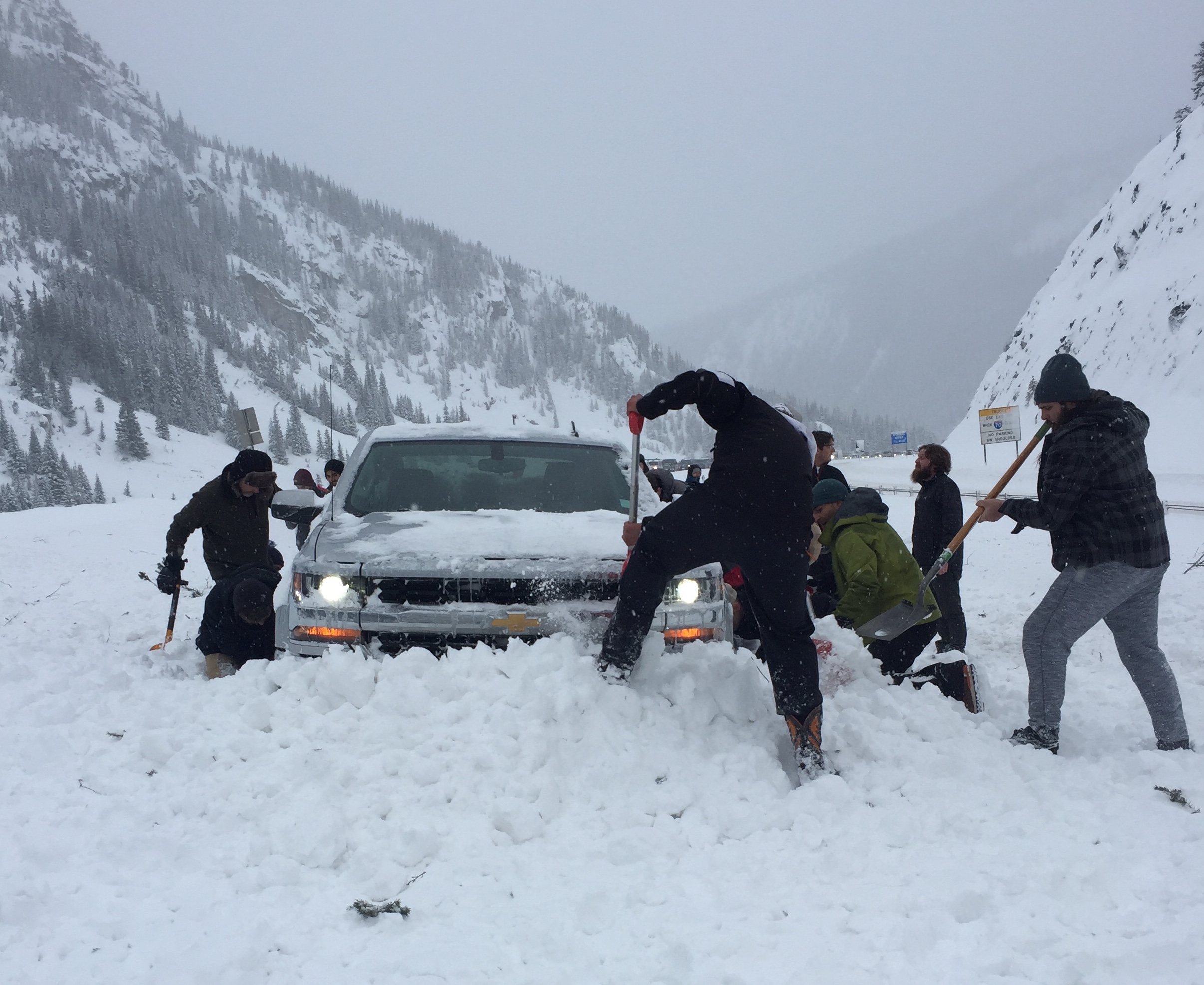 I really can’t say enough about how great the camaraderie was between a group of complete strangers after such a bizarre event. Taking turns with the shovels we had, cracking jokes, and keeping an overall light mood made the process of digging our way out of the snow a fairly pleasant experience. As first responders started to show up, they said they knew everything was OK by the amount of laughing they heard as they walked towards the group.

Not only were the folks caught in the avalanche with us impressive, but so were the first responders of Summit County. Showing up what felt like minutes after the avalanche itself and having a path cleared in a really impressive amount of time, even with having one of the plows get stuck while clearing a path. 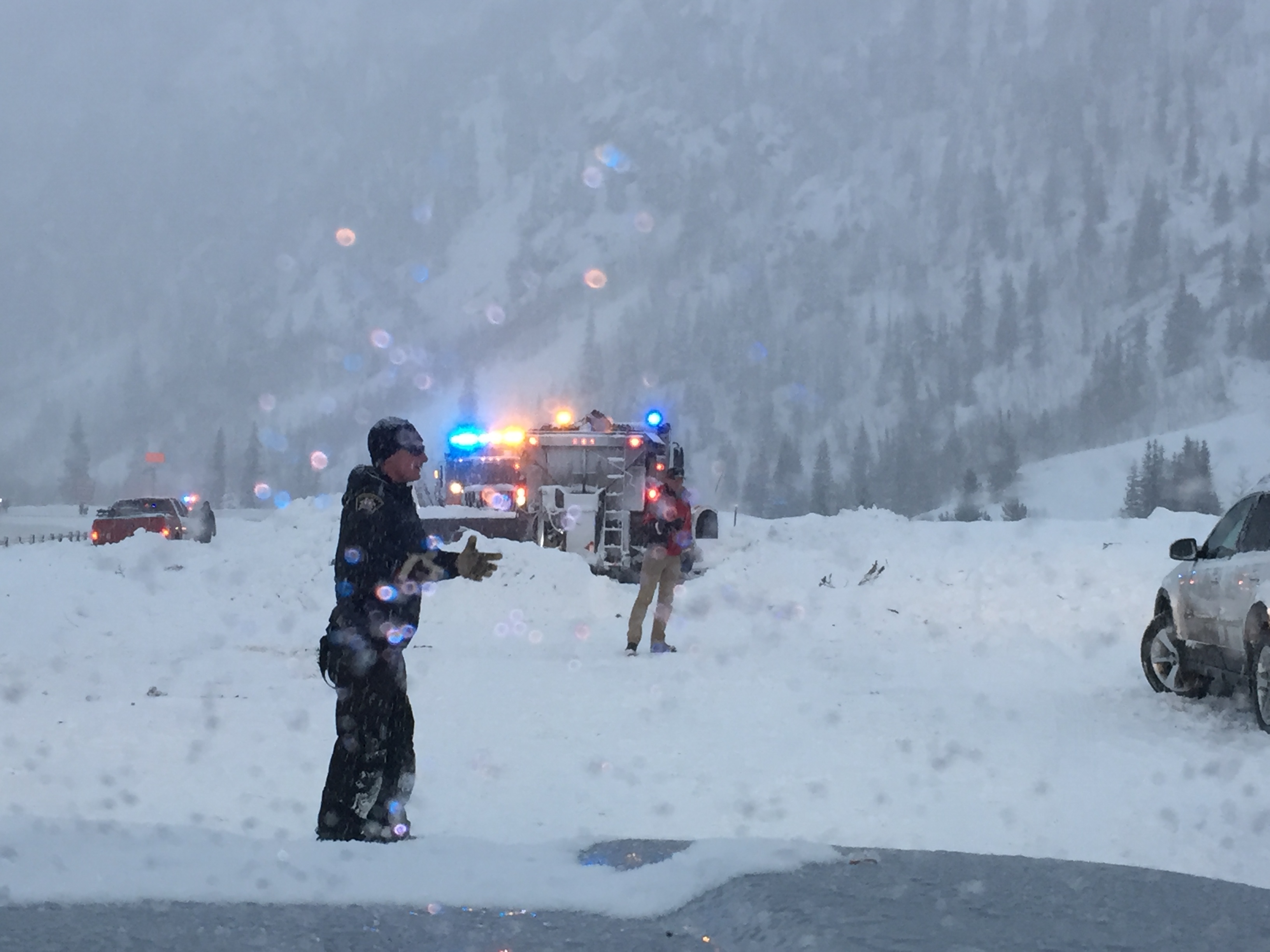 Walking away completely unscathed, we couldn’t have asked for a better outcome to such an unpredictable experience. We’re left with an unforgettable story and an important reminder that things happen, and fast at that. Be safe out there y’all, and always take some time to make sure you have all of the appropriate gear–small things can make the biggest difference on the back end of an accident. Most importantly, always respect mother nature.

Jay recounts a story of one of his favorite climbing adventures in Ouray, CO.

Facing your fear alone can be tough, so take a buddy. Read how one of our co-founders took on a tough climb with a little help from a friend.

How to find your local outdoor gems so you can quench your adventure thirst right in your own backyard.